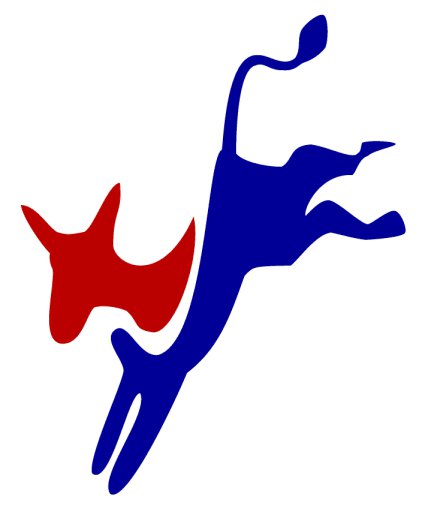 In the midst of this important election cycle there are many opportunities to volunteer your time, talent and/or funds to help put Democrats in public office so that policies can reflect the will of the majority, and not just a select few.  That’s never been more important or needed than it is today.  You’ll find helpful information about candidates, elections, and how to get involved locally under the “Elections” tab on this web-site.

Please take a look around our new site.  In addition to the three tabs already mentioned, you’ll find information about our organization, history and recent projects in the “About” tab.  You’ll discover very helpful links to other Democratic and affiliated organizations under the “Links” tab.  Check out the Gallery of pictures that shows how much fun some of our recent events have been. This Gallery can be found on both the “Home” and “About” pages. Finally, if you would like to join the party, or would like further information, please contact us using the “Contact Us” page.

The M.C.D.P. is one of the oldest, largest and “bluest” Democratic parties in the state of Georgia.  The founding members had the vision of joining with other like-minded Democrats to capture what they correctly saw was the dominant political view in the Chattahoochee Valley—bedrock Democratic principles of fairness, equality of opportunity and personhood, regardless of race, color, creed or gender.  We have grown to become the largest political organization in Columbus, Georgia.

In 2006, the idea was conceived to launch a Jefferson-Jackson dinner to celebrate not only the national party’s heritage, but also that of the local party, and most importantly, to recognize truly outstanding public service to the greater Columbus region through the presentation of the Rep. Jack T. Brinkley, Sr. Lifetime Service Award.  The namesake for that award is former U.S. Representative Jack T. Brinkley, Sr. who effectively represented the Columbus area for many years with a principled dignity and a gracious charm to which we should all aspire.  He showed us that we can disagree with others without becoming disagreeable, a talent sorely needed in today’s politics.

As the party has developed, it has become more professional and cohesive, and has branched out from holding just this one event, major though it is.  This year, for example, we had a well-attended, old-time political Barbeque in Columbus’ beautiful Lakebottom Park.  We heard from almost every Democratic candidate for local and state-wide political office.  A highlight was the arrival of state representative Debbie Buckner in a vintage Ford roadster, evoking the spirit of Franklin Roosevelt’s open-car accessibility as he toured nearby Warm Springs.

We have also shown leadership in our participation in, and outreach to, other Democrats outside of Columbus in Georgia’s Second Congressional District—stretching from Columbus to Macon, south to the Florida border.  This presents opportunities to reach out to the many Democrats in the Second District who lack a formal party organization through which they can express themselves and help elect Democrats throughout the area.

We are governed by a District Post Committee composed of 29 Post-Holders from 8 Columbus Council districts and 2 at-large districts around the city.  The Post Committee meets at least one time per quarter (four times per year), and more often in election years.  From the Post is elected a Board, composed of the Chair, two Vice-Chairs, Recording and Corresponding Secretaries, and the Treasurer.  Reflecting our principles, elections to both the Post and the Board make every effort to achieve gender and racial equality.  Elections for the Board and half the Post occur every two years.  If you are interested in joining the party, click here to visit our “Contact Us” page, to submit an application.

We perform a very serious civic purpose as well.  We constantly link the people with their government and keep them informed about policies that affect their daily lives.  We are constantly working to increase voter registration and mobilization.  We fight attempts to suppress voter turnout at the local level.  Strong political parties and candidates have nothing to fear from the honest expression of the opinions of the voting public. We constantly advocate for the type of public policies that will also benefit the vast majority of citizens; e.g.: equal representation and dignity before the law; rights of women and minorities; cleaner air and water; worker rights and increased job opportunities; better education for all; and safer communities, just to name a few of our concerns.  Please see the list of principles of the Democratic Party of Georgia on this page for a more comprehensive list of our core values.

We are the Muscogee County chapter of the Georgia Democratic Party.