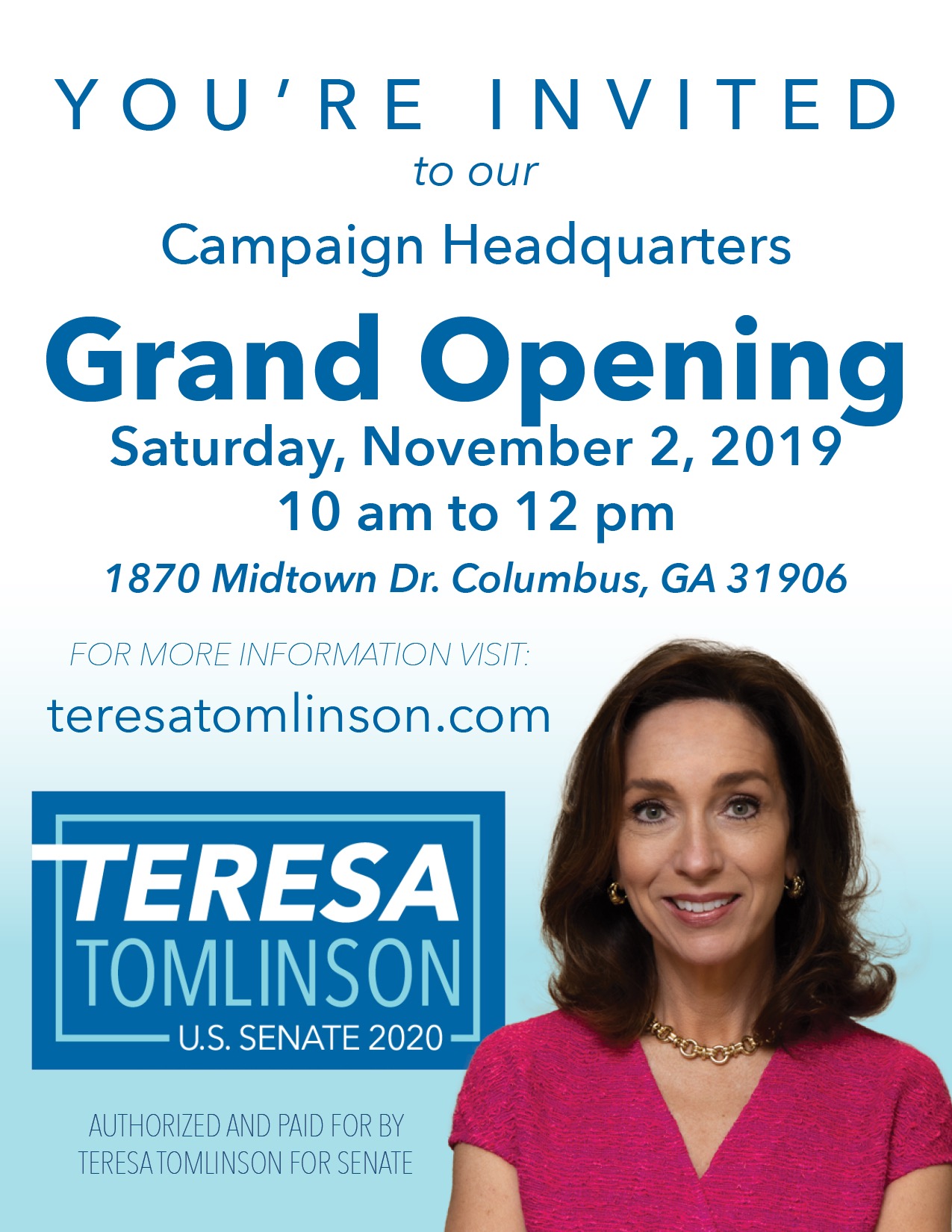 The following is NOT an endorsement of any campaign, only a post informing of an upcoming candidate event in Columbus:

We hope you will join us and other supporters for the opening of the Tomlinson 2020 Columbus Campaign Headquarters.

RSVP to join us on Saturday, November 2 at 10:00 AM ET at 1870 Midtown Drive, Columbus, Georgia to help us officially launch the winning effort to send Perdue packing!

Teresa got her start in politics in Columbus, where she ultimately won a four-way race for an open mayoral seat with 68% of the vote. She became the first woman elected as Mayor of Columbus and the first mayor re-elected in a contested contest since the city’s consolidation in 1971.

Teresa knows how to win tough elections and knows how to govern well. She has what it takes to beat David Perdue and fight for all of us in Washington, D.C. Join us on Saturday and help us flip Georgia blue in 2020.

We look forward to seeing you at our Campaign HQ grand opening.