↓ Skip to Main Content
Home › Events › Congrats to Our Nominees!

Congrats to Our Nominees!

Harry UnderwoodPosted on May 24, 2018 Posted in Events, Uncategorized — No Comments ↓ 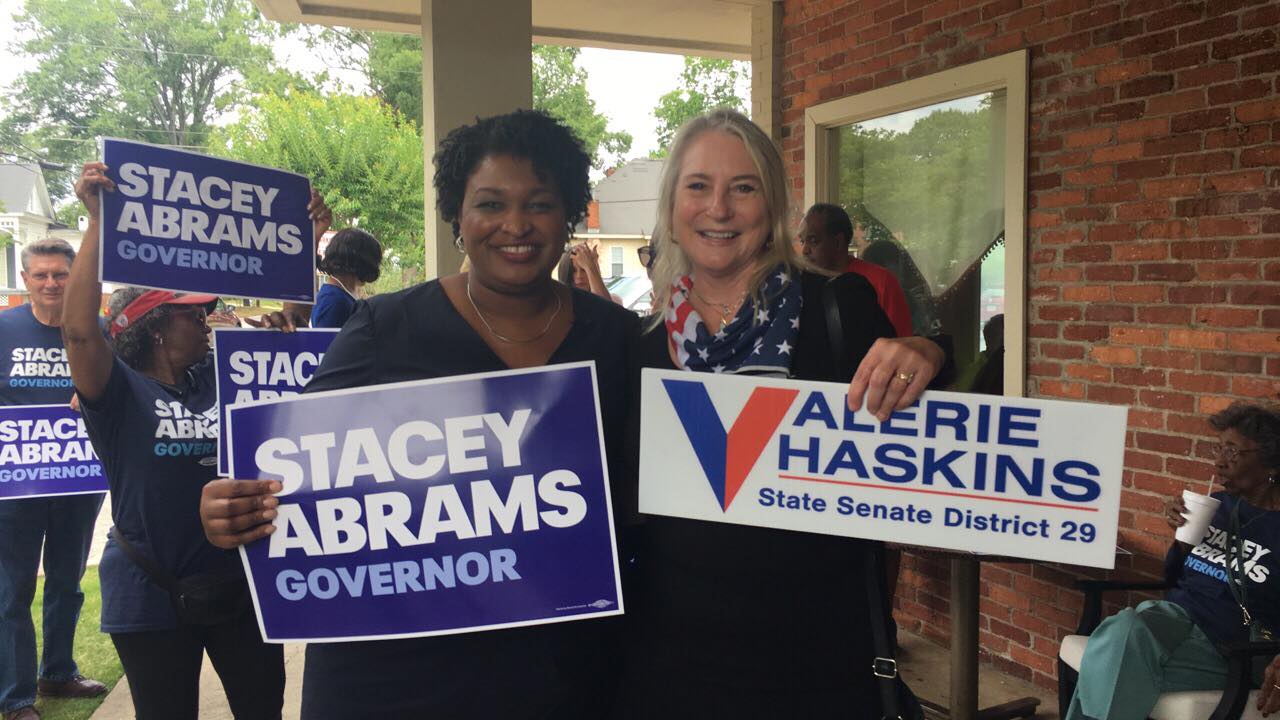 We’re so excited to announce the results of our Democratic primary!

Our nominees for the November 6, 2018 election are:

In addition, we remain strongly interested in the July 24 runoff primary for State Superintendent between Sid Chapman and Otha Thornton. We encourage all fellow Muscogee Democrats to participate in this runoff.

We also note Ken Hodges‘ victory in the nonpartisan race for State Court of Appeals. As a Democrat, Hodges is the former District Attorney for the Dougherty Judicial Circuit and was the 2010 Democratic nominee for Attorney General. He was openly attacked by his opponent this year as a “lifelong Democrat”, so we are glad that we have elected a “lifelong Democrat” to the State Court of Appeals.

We wish to recognize all who participated in this primary, including Stacey Evans for Governor, Rusty Oliver for CD-3 and Ben Anderson for SD29. Even though many were unsuccessful in their campaigns, we thank them for their sacrifice of time, money and activities to these campaigns and welcome their support for electing Democrats across this region and state in the November election.

Finally, there will be five questions on the ballot, all of which are proposed constitutional amendments dealing with victims’ rights, green space, business courts and forest land taxation. Please study these proposed amendments, and we will make our recommendations known later in the coming months.

This is an amazing time for Democrats in Georgia. Our campaign will be coordinated across Georgia, supporting Democrats as a slate up and down the ballot. Stick with this Blue Wave, because we’re going to get a progressive candidates elected to a majority and progressive laws passed! Thank you for voting in this primary and making your choice known!

This site uses Akismet to reduce spam. Learn how your comment data is processed.